Kolkata, also known as Calcutta, the capital of West Bengal, has a plethora of marvellous architecture that one can witness in the city. The intellectual hub of India, the city denotes its exceptional culture and heritage that is an essential part of the city’s tourism industry. If you are not intrigued yet, given below is the list of the places that one should visit to edify themselves. The rich history, literature, and grandeur of the City of Joy won’t disappoint you for sure. Here are some of the best places to visit in Kolkata.

Lying by the banks of the Hoogly River, this large marble building was built between 1906 to 1921. It is dedicated to the memory of Queen Victoria and now a famous tourist destination. The structure is spread over 57 acres of land and the house of beautiful artifacts is the white marble beauty that captures one’s attention.

The Fort was built during the early years of the Bengal presidency of British India. Standing at the eastern banks of River Hoogly, it extends to an area of 70.9 hectares. Also known as the Black Hole of Calcutta, this place was once a temporary jail where British prisoners were detained, but now it serves as the headquarters of the Eastern Command. It is guarded by the Army personnel and visitors are required to take a special permit from the Commanding Officer to visit it.

The Palace is a nineteenth-century mansion located in North Kolkata is famous for its marble walls and floors. The vivid paintings and sculptures illustrate the elegant artistry of the Victorian era. It is one of the most visited tourist places in Kolkata that speak about the rich Bengali traditions.

The Acharya Jagadish Chandra Bose Indian Botanic Garden, better known as Botanical Garden is spread throughout an area of 273 acres of land. This vibrant garden has a stunning collection of about 12,000 different specimens of trees and plants, artificial lakes that will help you connect with nature and enjoy the peace. One of the best places to visit in Kolkata,the major attraction of the garden is the enormous banyan tree that is named as the Great Banyan Tree with a large canopy.

The gateway of Kolkata, Howrah Bridge is one of the most historic landmarks in the city that is suspended over the Hooghly River. One of the unique places to visit in Kolkata, Howrah Bridge came into functional in 1943, linking the two cities of Howrah and Kolkata. Although it was renamed as Rabindra Setu in 1965, the bridge is still known by its former name. The grandeur can be enjoyed best on a ferry ride, the river water and night sky gives the perfect portrayal of nature.

Also known as the Jorasanko Thakur Bari, this is the ancestral house of the Tagore family. It is the place where the renowned Rabindranath Tagore was born and also spent his remaining days before death. Since then the residence has been converted into a museum that includes the history of the Tagore family with photos and the literary works of the Nobel Laureate himself.

Address: Ganesh Talkies, 267, Rabindra Sarani, Singhi Bagan, Jorasanko, Kolkata, West Bengal-700007
Time to visit: All days of the week from 10:30 AM - 4:30 PM, except Monday.
Distance from airport: The Distance between Rabindranath Tagore Ashram and Airport Kolkata is 19 km or 11.8 miles.
Distance from railway station: Distance between Kolkata Railway Station and Rabindra Nath Tagore Hospital is 16 km or 9.9 miles.

If you want to get rid of the scorching heat of the Kolkata, this is the right place to go. As the name suggests, this is a water theme park that started in 1999 and covers 17 acres of land. There are numerous options of rides, water slides like the Black Hole, Wave Pool, and other sorts of activities that every age group can enjoy to the fullest.

Located at Dakshineswar on the eastern bank of the Hoogly River, this temple is a pilgrimage site dedicated to Goddess Kali. The temple was built in 1855 by Rani Rashmoni who was an esteemed humanitarian and a devotee to the deity. This architecture was also the residing place of Ramakrishna Paramahansa and Maa Sarada who spent a considerable part of their lives here. With the traditional 'Navaratna' style Bengal framework, the three-storeyed temple stands on a high platform with a fleet of stairs.

It is an urban park that is deemed as the biggest one in India. Spread over 480 acres of land with 104 acres of waterbody and an island in the middle, this park was inaugurated in December 2012. A perfect retreat for nature lovers, the park has been divided into three major parts: ecological zones, theme gardens, and recreational spaces. There are several attractions and numerous activities that will make the experience worth reminiscing.

Known for its Gothic architecture, this cathedral was completed in 1847. It is known to be the largest Anglican cathedral in Kolkata and the first Episcopal Church in Asia. The remarkable features of the interiors of the cathedral has a display of many plastic art forms and mementos.

The Alipore Zoo, also known as a zoological park is one of the oldest and biggest tourist attractions of Kolkata. Opened as a zoo since 1876, it covers an area of 46 acres of land. The place is mostly popular for its 250-year-old resident, an Aldabra giant tortoise named Adwaita who expired in 2006. There are several exotic animals and bird species that will surely captivate the admiration of animal lovers.

Well known as the largest science centre in India, the centre was formed in July 1997 by the director-general of NCSM (National Council of Science Museums). The centre is divided into two parts, the Science Centre and the Convention Centre. The layout comprises of various striking structures like a Space Odyssey, Earth Exploration Hall, Dynamotion and many more. For those who are awestruck by technology and architecture, this is a must visit place.

The National Library of India is one of its kind paradise for all the book lovers out there. Spread out at 30 acres of land, the largest library in India has a collection of more than 2 million books. Their stock includes books, periodicals, and titles of at least fifteen languages which are not usually accessible everywhere. The various range of monographs and manuscripts will surely keep you hooked for long.

The main founders of science and technology in India, this museum was set up by the Birlas to illustrate their industrial achievements. Established in 1956, the museum is the hub of basic concepts of science that includes Children’s Gallery, Mock-up Coal Mine, and different workshops that will fascinate both the young and old.

The Centre of International Modern Art (CIMA) was opened in Kolkata in 1993 with the assistance of a leading Indian media group ABP Ltd. The gallery was designed with the supervision from renowned art galleries from New York and London. The gallery hosts number of exhibitions that captivates one’s attention, and also organise seminars that gives a platform to the aspiring artists. 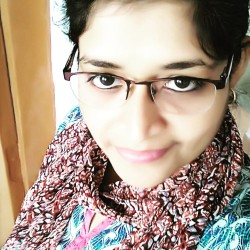 Shatarupa Ganguly
Shatarupa is an experienced Content Writer with a passion for creative writing. Her stint in the publishing industry has made her an expert in blogging and editing content for multiple domains such as Health, Travel, Technology and Food. She commands a strong understanding of the media and communication space, and also lending her opinion on major issues through her writing.